A special article about Shanghai’s rapid development through the eyes of Dominic Ngai, who has been a resident in Shanghai since 2009.

The article focusses on new hospitality openings, and especially on ways in which the traditional ideas of hotels and restaurants are being replaced by broader ideas of lifestyle and trend.  Many of the keywords that define Shanghai’s 21st century hospitality experience – all-day, casual, café, western, mid-century, brunch and bar – are exemplified by Highline, Red Design’s contribution to the article.

In creating Highline with co-owners Cody Allen, John Liu and Michael Sun, Red Design looked to the mid-century American style the ‘Mad Men’; it is interesting therefore how Dominic Ngai sees a relationship between New York and Shanghai; as he says, the city is “like New York on steroids”. 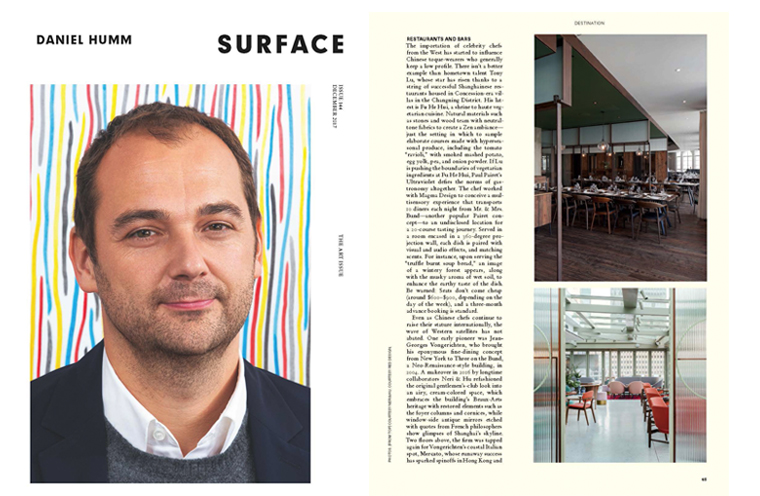